I've just returned from my first visit to Poland. It wasn't a research trip for a specific book, but whenever and wherever I travel I'm always on the lookout for stories, and squirrel many of them away as possible inspiration for future books.

We started out in the capital, Warsaw, where I was fascinated to learn about the Warsaw Uprising in WW2. There is whole museum devoted to it, telling the stories of so many brave people who stood up to the Nazi occupation of their city. People like the poet, Krystyna Krahelska, who volunteered for the dangerous work as both a messenger and a nurse. She wrote the words of Hey Boys, Bayonet on the Gun, which became the most popular song of the uprising. Sadly, she was killed at only 30 years old when rescuing a wounded soldier. Her image lives on in Warsaw - she was the model for a famous statue of the Warsaw Mermaid.

(Why the symbol of Warsaw is a mermaid when it nowhere near the sea is whole other story!)

Back in December I was lucky enough to meet Elizabeth Wein, who kindly signed a copy of her new book White Eagles for me. White Eagles is also set in Poland in WW2, and is the story of a brave young pilot who has to make a daring escape from Poland after her twin brother is killed. The characters are fictional, but it is based on real events of the time and is a fantastic read - highly recommended. 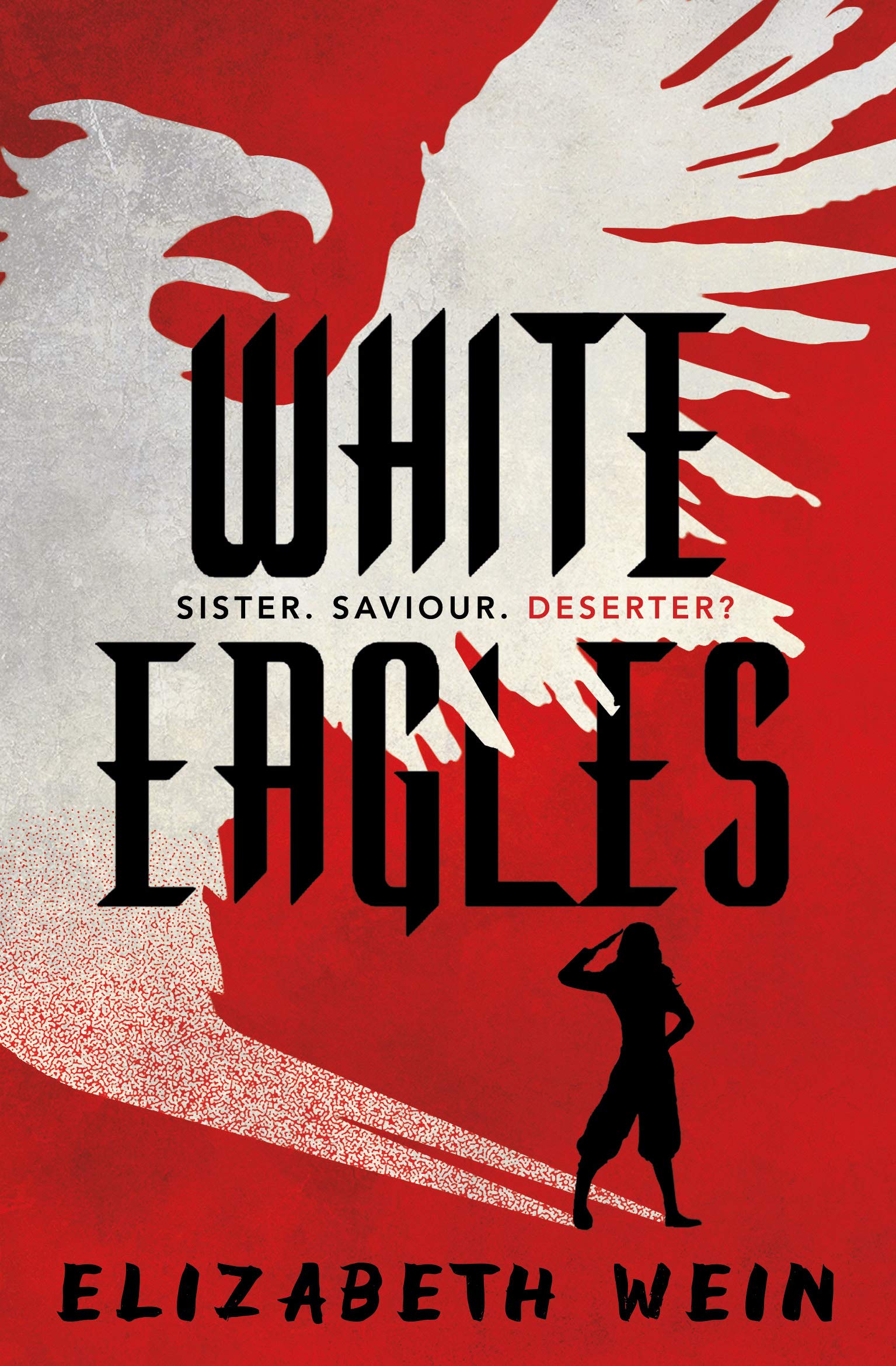 Warsaw is home to many beautiful buildings including the sumptuous Lazienki Palace, home of King Stanisław Augustus in the late 1700s. I love anything to do with the 18th century and really enjoyed looking around. I especially liked this amazing "Ladies' Library" - a beautiful collection of travel-size books - everything an educated "lady" should read, in their own portable bookcase. I soooo wanted to take this home with me! (Lazienki Park is also where I met the adorable red squirrel at the top of this post - who ran up my leg two seconds after this photo was taken!)

We then went to Krakov - home of one of the biggest medieval squares in Europe, gorgeously beautiful - especially festooned with Christmas lights and trees; yes, it's still officially Christmas in Poland - until February 2nd!). From Krakov we went on a very moving trip to Auschwitz-Birkenau. More than a million people, mostly Jewish, as well as those from other communities, such as Roma, were killed in these camps in WW2. If you have read Anne Frank's diary, you will know some of the background to this terrible period of history. It was very difficult to look round a place where so much suffering happened, but it felt important to witness it. There is a quote by the philosopher, George Santayana engraved on a plaque there, which gets to the heart of it: Those who cannot learn from history are doomed to repeat it. 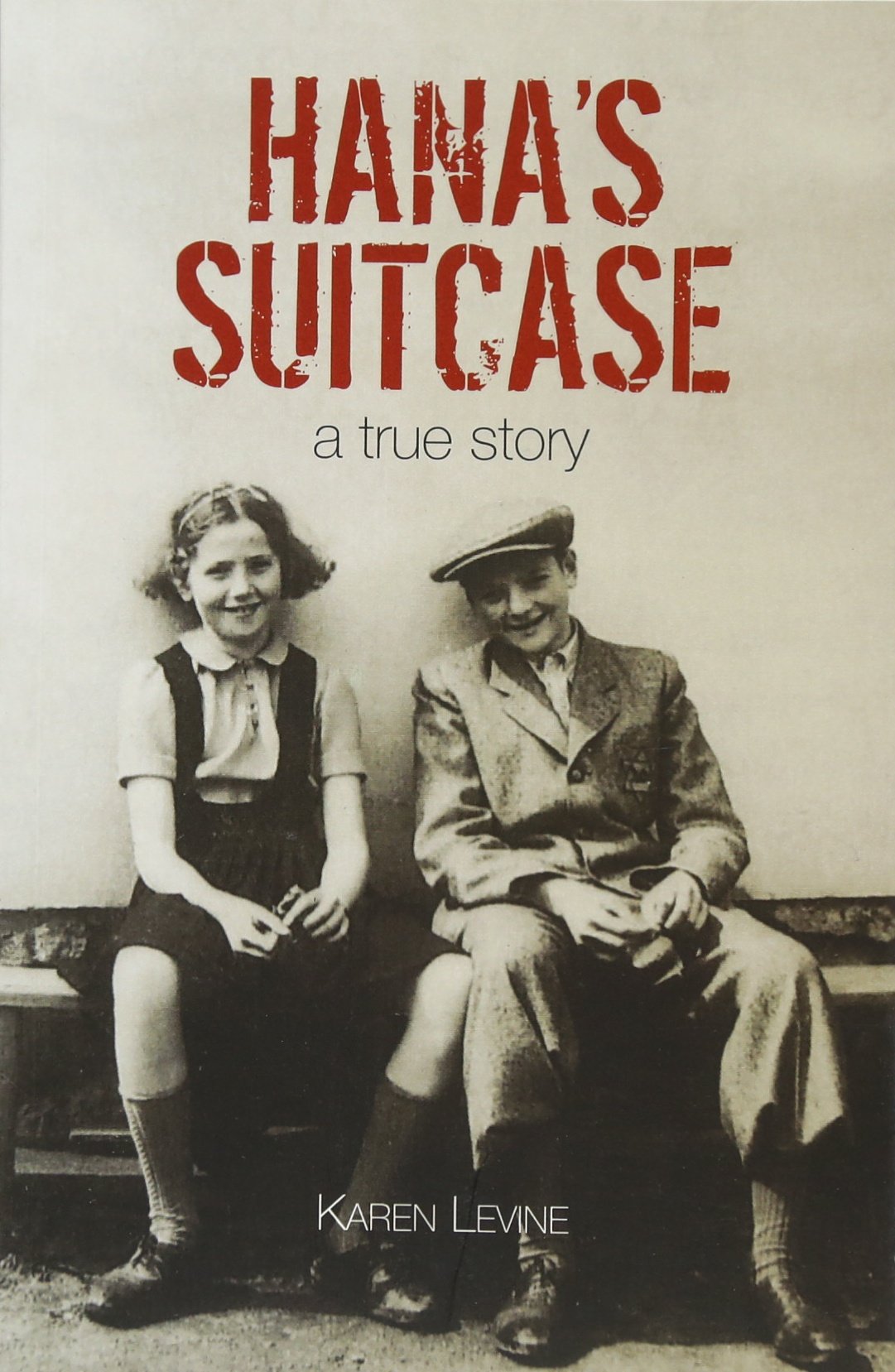 There were many important books in the bookshop there, all helping us to learn from history. One in particular  caught my eye, a children's book (of course!) - Hana's Suitcase, A True Story by Karen Levine.  I read it on the way home. It combines the tragic true story of Hana Brady, just one of the many children who died at the camp, with the determined detective work of Fumiko Ishioka, director of Tokyo Holocaust Education Resource Centre, who set out to find out the truth behind the owner of the suitcase that had been donated to her centre - one of thousands still kept at Auschwitz. Her search led her to Hana's brother, Georg, who had miraculously survived and eventually emigrated to Canada. Hana's Suitcase is told in a sensitive and accessible way, with many photographs. (The content may be upsetting for very young readers.)

Back in Krakow I found one last story. On the way to the famous Wawel Castle, I came across this peculiar statue. Ever since writing Time Dogs, I've been obsessed with stories of real dogs in history. Many cities have stories of super-loyal dogs who have sat faithfully waiting for their owners to return, sometimes for years, when those owners have sadly died. There is Greyfriars Bobby in Edinburgh, Hachiko in Tokyo, and I now discover, Djok, in Krakov. He does look very sad in this statue! Perhaps if I get to write a fifth Time Dogs book, Baxter and the pack could go back to 1991 and cheer poor Djok up a little.